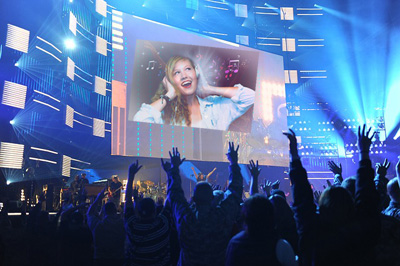 Some say music is universal, and we happen to agree. As Americans, it’s incredible to see stadiums of Japanese, Indian or German people singing along as English-speaking performers like Beyonce, Lady Gaga and the Rolling Stones belt out their most famous songs. There is something about the cadence, rhythm and beat that attracts people.
A good beat will go far and be transformed from genre to genre. For instance, you can hear the sounds of Beethoven’s masterpiece “Fur Elise” in rapper Nas’ song “I Can.” As styles of music mix to create new genres, you can learn about the roots of all types of music through travel.
So take a musical tour of the world with us where we uncover the origins of 12 different musical genres. All of which you can explore in greater depth on cruises.
AFRICA
Sega – from Mauritius
This is a form of music that originated from the slaves on the island of Mauritius. It is performed in 6/8 tempo and is played with instruments like the triangle, a rattle called the maravanne and the goatskin drum known as ravanne. Once looked down upon as the music of slaves, Sega is know the official music of Mauritius.
Cruise to experience Sega music: a Cunard Line cruise from Sydney, Australia to Cape Town, South Africa that includes a stop in Mauritius.

ASIA
K-pop – from South Korea
K-pop stands for Korean pop and you might be familiar with it. Have you heard of Gangnam Style? This ubiquitous hit from a couple years ago sums up the genre. K-pop combines pop music with dance moves, bright visuals and elements of electronic music. K-pop partially evolved because Koreans were influenced by American music, which they started to listen to during the Korean War.
Cruise to experience K-pop: a Princess cruise that sails roundtrip from Tokyo and stops in Busan, South Korea.

Bhangra – from India
This is a more modern form of Punjabi music. Using instruments like the tumbi and dhol mixed with modern drum and keyboard creates this East meets West music. The genre gained wide popularity amongst Indian youth in Britain in the 1980s. The songs are sung in Punjab and deal with love or social issues. It is said that Bhangra helps Punjabi youth living all over the world connect with their roots.
Cruise to experience Bhangra: a 35-day Oceania cruise from Bangkok to Istanbul, which offers an extended land tour to visit the Taj Mahal in Agra.

CARIBBEAN
Reggae – from Jamaica
The 1960s saw the emergence of reggae, which has influences from jazz and blues, but more so from ska and a genre called Rocksteady. The Rastafarian lifestyle also influenced the music, which is played at a 4/4 beat. The lyrics are often used to advocate for social justice. Bob Marley, perhaps the most popular reggae performer, said the word reggae derived from the Spanish word for the king’s music.
Cruise to experience reggae: a 7-day Caribbean cruise aboard Royal Caribbean’s Allure of the Seas.

Calypso – from Trinidad and Tobago
Influences from the West Coast of Africa and France came together in Trinidad and Tobago to create calypso. The music was used by slaves to complain about slave masters, and it was sung in French creole so the slave owners didn’t understand the words. Perhaps the most famous calypso singer is Harry Belafonte, who was dubbed the King of Calypso.
Cruise to experience calypso: a 16-day Southern Caribbean holiday cruise with Holland America that stops in Tobago.

EUROPE
Opera – from Italy
Opera combines lyrics with a musical score. This art form got its start in Italy in the 1500s and continues to entertain today. Opera singers get their booming voices because they are trained to be loud enough to be heard over orchestras. Among the most famous operas are La Boehme by Puccini, La Traviata by Verdi and Don Giovanni by Mozart.
Cruise to experience opera: a 12-night classic Mediterranean cruise with Celebrity Cruises that stops in Rome, Venice and Naples.

Yodeling – from the Swiss and Austrian Alps
Yodeling was a way for herders to call their cattle. Yodeling is a quick change from chest voice to head voice (falsetto) during one single note. This interesting vocal style is still popular in Switzerland, Austria and parts of Southern Germany. Yodeling is also popular in some forms of country music in the United States and is probably most known in America from the beloved movie The Sound of Music.
Cruise to experience yodeling: a Uniworld river cruise along the Danube stopping in Bohemia and Austria.

Fado – from Portugal
Fado is a genre of sad songs, sung by one performer accompanied by a single guitar. These songs recount someone’s sadness at someone betraying them or abandoning them. They can also tell the tales of yearning or dreams. Fado has been around at least since the early 1800s and is considered the soul music of Portugal.
Cruise to experience fado music: a Viking River cruise on the Douro River in Portugal.

NORTH AMERICA
Jazz/Rock – from the Southern U.S.
These are two of the United States’ most revered art forms and have been emulated all over the world. Jazz came first and originates in the South, having been influenced by the African and Spanish rhythms brought over by slaves who then learnt to play classical European instruments. Jazz relies heavily on the idea of improvisation. Rock ‘n’ roll combines jazz and blues with country music. Memphis was a popular spot for artists like Elvis, Johnny Cash and Jerry Lee Lewis to record their groundbreaking sound.
Cruise to experience jazz/rock: an Avalon Waterways river cruise along the Mississippi River.

Mariachi – from Mexico
Mariachi reaches back to the roots of the indigenous people of Mexico. It started as a folk style called Son Jaliscience where performers only used string instruments and dressed in peasant shirts. It then took cues from the Spanish, bringing in more instruments. Later, it was further influenced by European opera, waltzes and salon music. Today, mariachi bands have violins, guitars and trumpets and dress in embroidered suits called Charro suits.
Cruise to experience mariachi music: a 7-day cruise sailing from Los Angeles to the Mexican Riviera with Carnival Cruise Lines.

SOUTH AMERICA
Bossa Nova – from Brazil
Bossa nova combines jazz with samba and is one of the most popular music genres in Brazil. This style uses guitars, pianos and sometimes string instruments. The singer has a soft touch and often sings about love and longing. Perhaps the most famous bossa nova song is the “The Girl from Ipanema.”
Cruise to experience bossa nova: a 9-night “Best of Brazil” journey with Azamara. The itinerary stops in Rio de Janeiro where you can visit Ipanema.

Cumbia – from Columbia
Originating from slaves out of West Africa, Cumbia takes the African beats and mixes them with sounds from the natives of Columbia and Panama. The addition of the accordion to this musical style was said to have come when a German ship carrying the instruments sunk near the coast.
Cruise to experience Cumbia: a 15-day sailing through the Panama Canal with Holland America.

How has music influenced your vacation experience? Share your stories in our comments.