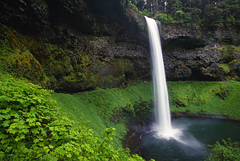 Cruising through South America offers the experience of a lifetime with exciting ports of call like Rio de Janeiro and Santiago. Just remember that the seasons are reversed in the Southern Hemisphere. When it’s cold in December, January and February up north… it’s summer in South America and peak cruise season.  Here are some highlights of what to expect on a typical South American cruise:
Rio de Janeiro, like New York City, never sleeps. Rio will have most of the venues of the 2016 Summer Olympics, which will be the first edition held in South America. Miles of beautiful 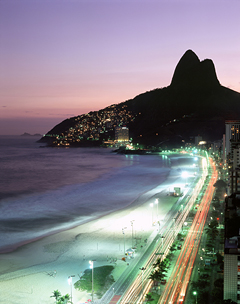 beaches, flanked by modern high-rises and even taller mountains, are filled with the music of samba and people enjoying life.  A 20-minute train ride takes you to the top of Corcovado and the huge statue of Christ the Redeemer, arms spread out protectively over the city by the sea. The “Cariocas” as the citizens of Rio are called, blend the European Portuguese culture, with the rhythm of Africa. If you’re adventurous, you can ride a cable car to the top of Sugarloaf Mountain for a spectacular view of the city. You may want to start with a pre-cruise adventure to Iguaçu Falls, one of the largest and most impressive in the world.  You’ll want to take a train to the Devil’s Throat observation point for the best view.
Montevideo, Uruguay is the southernmost capital city in the Americas and third most southern in the world. It is home of the famous “gauchos” or South American cowboys, who ride their horses on the Pampas (the open range).
Another highlight of South America, and one of the most cosmopolitan, sophisticated cities in South America, is Buenos Aires, Argentina. This is the center of all things tango with the culture and sophistication of a European city like Paris,  it has wide, multi-lane, tree-lined avenues.
Many South American cruises actually sail around Cape Horn and pass Tierra del Fuego (Land of Fire), the southernmost point of the hemisphere, with its wild, rugged landscape and shore line. You’ll feel like an early explorer seeing the other side of the world for the first time. You’ll also cruise past the magnificent Chilean Fjords, which rival those in Scandinavia.

One of the most popular ports of embarkation and debarkation for South American vacations is the port of Valparaiso, Chile. Discover adventure in the capital of Santiago, a spectacular city surrounded by the magnificent Andes Mountains on one side and a smaller mountain range on the other.
For those cruisers who want a truly unique South American experience, the Galapagos Islands are an experience unlike any other. The Galapagos Islands are split into four regions, each special and memorable in its own way. The Western Galapagos Islands have the only active Galapagos volcanoes and the most abundant wildlife. The Northern Island, however, is a bird lover’s paradise, with exotic species ranging from swallow-tailed gulls to blue-footed boobies. 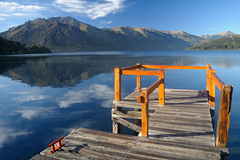 South American cruises often appeal to seasoned travelers seeking a unique and different destination experience. It’s a great destination if you’ve already done the relaxing Caribbean experience and are ready to experience something totally different. You’ll have your choice of premium, medium-sized ships or smaller, more luxurious vessels on a host of different itineraries, ranging from three days to three months.
Keep in mind that this is just a taste of South America. It’s best to discuss the various options with the experienced cruise experts at The Cruise Web, who will recommend the perfect cruise for you.