This September, Cunard’s Queen Elizabeth and Queen Victoria ships added the musical production Top Hat to their performance line-ups. Top Hat is set in the 1930s during the Golden Age of Hollywood and creates a loveable romantic comedy through sensational costumes, sets, and tap dancing. After opening in London in 2011, the production received three Laurence Olivier Awards, including Best New Musical, but this will be the first time in its history that the production will take to the seas! Already showing aboard Queen Victoria and Queen Elizabeth, Top Hat will be an exclusive production aboard Cunard for the next 4 years. 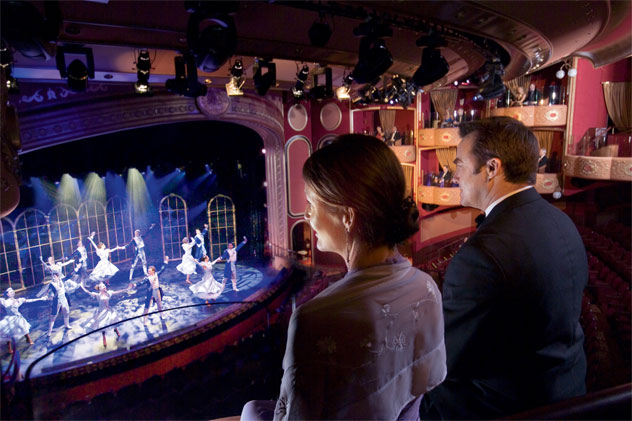 Top Hat paints a classic romantic story with hilarious characters and music alike. The leading character, Jerry Travers, dances and sings his way through Europe in order to woo the girl of his dreams, Dale Tremont. The musical was originally a film starring Fred Astaire and Ginger Rogers, but with the help of the music and lyrics of Irving Berlin, this film evolved into a glamourous jewel within the theater community. The timeless story of love, confusion, disguises, and dance brings audiences to their feet to this day, and now it will do so at sea!

“Top Hat perfectly matches the Frank Matcham-style theaters on board Queen Victoria and Queen Elizabeth, which complement this visually outstanding show perfectly,” said Matthew White, the production’s original stage show director. White, who also co-adapted the stage script from the film, assisted with adapting the show for its at-sea premiere. 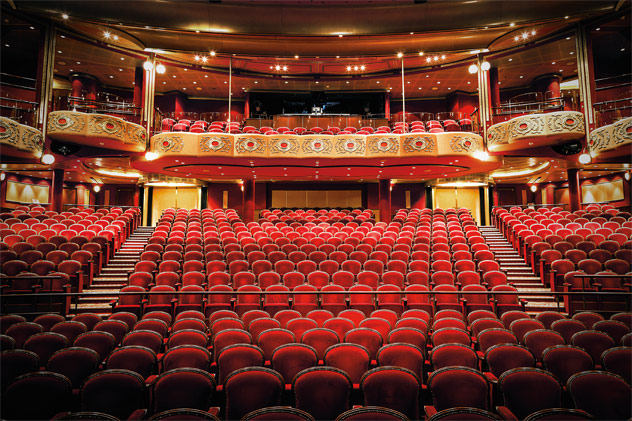 The show is being performed in the luxurious space of the Royal Court Theater onboard both Queen Elizabeth and Queen Victoria. Often compared to a Broadway stage, the Royal Court Theater provides comfortable seating, amazing facilities, great acoustics, and private theater boxes available for reservation.
For more information on the wide range of entertainment options available at sea, including those aboard Cunard’s elegant Queen Victoria and Queen Elizabeth, call The Cruise Web’s expert consultants at 1-800-377-9383.