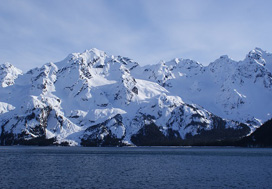 This summer, you can sail with the Seahawks on a 7-Day Alaska Cruise with Princess Cruises, the Official Cruise Line of the Seattle Seahawks! The “Sail with the 12s” Fan Cruise is over Father’s Day weekend on the beautiful Crown Princess that departs from Seattle on June 20, 2015 and will return on June 27, 2015. (What a great gift for dad!) Hang out with your favorite players onboard the ship to Juneau, Skagway, Tracy Arm Fjord, Ketchikan and Victoria, B.C. Join in on the Seahawks Rally at Sea and take home a memory to last a lifetime.
“Princess Cruises is very excited to be the Official Cruise Line of the Seattle Seahawks and we are thrilled to host the 12s, some of the most passionate fans in sports, on the ultimate fan cruise vacation,” said Gordon Ho, Senior Vice President of Marketing and North America Sales for Princess Cruises.
Guests aboard the Crown Princess will have the ultimate experience of onboard activities that include the following:
• Meet and greet autograph signings and photo opportunities with Seattle Seahawks players in featured ports
• Q&A “Chalk Talks” with alumni players
• Seahawks “Rally at Sea”
• Appearances by Blitz the Mascot and the Sea Gals
• On-deck Tailgate Party with game-day inspired food
• Football-inspired movie nights on the giant Movies Under the Stars poolside LED screen
• “Spirit of the 12s” contests
• Seahawks trivia contests
• Chances to win signed merchandise and tickets to regular season home games
• And many more surprises to be announced!
If you book by February 26th, you will be able to take advantage of the Princess Cruises’ 50th Anniversary Sale. Don’t miss this opportunity to tailgate with the best on this exciting cruise to Alaska!