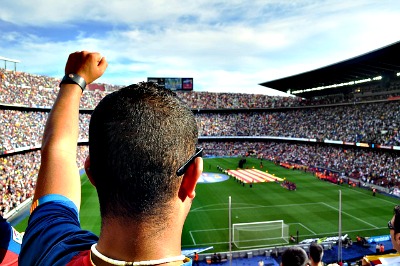 Stop! Don’t overlook this blog. I know, I know, why would you care about futbol when there’s football, baseball or basketball to watch?
For some reason the world’s most popular sport, soccer, doesn’t get the same reception from Americans. You should be interested, however, because as you cruise to wonderful destinations in Europe, South America and the Caribbean you’ll  learn that many in these countries hold soccer to be sacred, just as you might place the New York Yankees or the Green Bay Packers on a pedestal.
Learning about soccer can also teach you a little bit about a country’s economy, and even about their politics. In Spain, for instance, there are two highly popular clubs: Real Madrid and FC Barcelona. These teams are located in the country’s two biggest cities, but while Madrid represents the current government of Spain, FC Barcelona represents the progressive Catalan culture. This rivalry goes deep, especially when Franco was ruling over Spain.
Cruise lines are also getting in on the action. Norwegian Cruise Line, Royal Caribbean, MSC Cruises, Celebrity Cruises, Cunard Line and Princess Cruises will be showing many of the matches on their sailings that occur during the World Cup. Some, like Royal Caribbean, will also be adding celebrations to their sailings with the Coca Cola Party at Sea, a scavenger hunt for the kids and souvenir cups for those that purchase the drink package. Princess Cruises will have trivia and other soccer themed contests onboard.
This summer, take a chance at understanding soccer because it will help you learn about the world. In fact, there is a growing population of Americans that is getting into game, and dare we say even like it. The 2010 World Cup final held in South Africa was the highest rated soccer match ever shown on American TV, drawing in 24.3 million U.S. viewers. Now that’s nothing compared to the last Super Bowl, which had 111.5 million Americans watching, but here’s something to put it into a larger perspective: that 2010 World Cup final had 909.6 million viewers globally.
Here’s what you need to know about the 2014 World Cup: 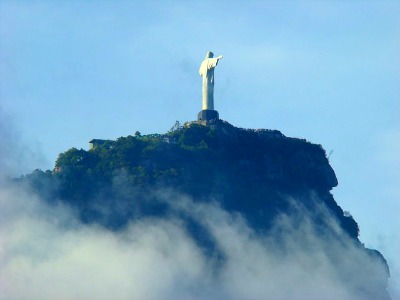 Soccer Facts
If you plan on watching a game or heading to a cocktail party, impress with these fun soccer facts: 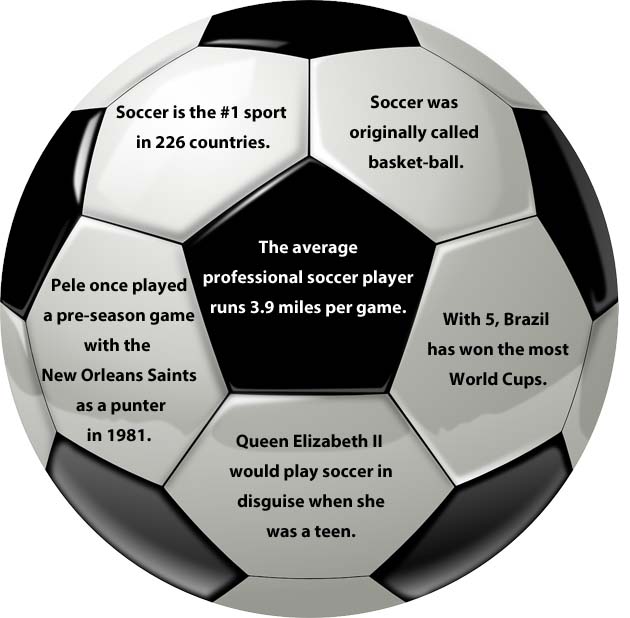