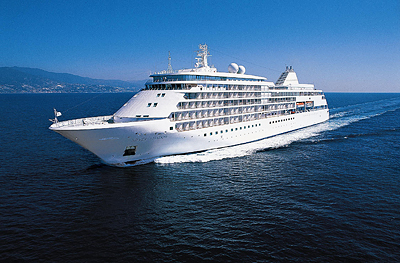 Silversea Cruises has announced a riveting lineup of speakers that will sail onboard their ships throughout 2013, offering interesting insights and opinions to the sailings’ passengers. This year’s lineup includes British historians, New York Times best-selling authors and a movie executive, among others. Here is a rundown of the Silversea’s 2013 schedule of speakers.
In April, Wendy Leigh will speak onboard a cruise from Monte Carlo to Venice. She has written books about JFK Jr., Marilyn Monroe and recently penned a play about Grace Kelly called True Grace: The Life and Times of an American Princess.
In July, Silversea will have a roundtrip Vancouver sailing that will feature William Gurstelle, known for making science understandable and interesting to the common person. He is an engineer and author of nine books including Backyard Ballistics and Absinthe and Flamethrowers. Later in July, former TV talk show host Leeza Gibbons will sail onboard a cruise from Venice to Athens and discuss her career.
August brings two more speakers. On a Southampton to Monte Carlo cruise, Brian Hoey will delight those onboard with his extensive knowledge of the British royal family. He has written 26 books about the British royals including the first guide to Buckingham Palace, written when it was opened to the public in 1993. Tim Hughes, an expert on South African politics, will be onboard a sailing from Copenhagen to Stockholm on August 26. He is a member of the South African Institute of International Affairs. 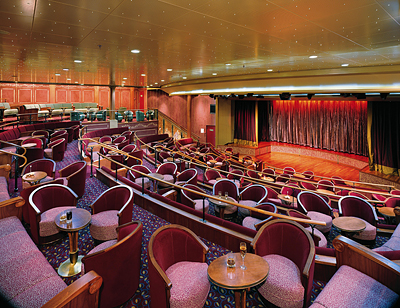 September features an Athens to Istanbul sailing with Patricia Schultz who is a travel writer whose most famous work, 1,000 Places to See Before You Die, was a New York Times bestseller. She has spent 25 years as a travel writer, penning pieces for Frommer’s and The Wall Street Journal.
In November, Alastair Bruce of Crionaich, OBE, who served as an advisor to PBS’ hit series Downton Abbey and also worked on the Oscar-winning film The King’s Speech, will share his stories and expertise on a sailing from Barcelona to Ft. Lauderdale. He is also a descendant of Robert the Bruce, one of Scotland’s greatest kings. Lastly, Rick Senat, a former executive for Warner Brothers, will tell tales of his career in the movies on a Silversea sailing from Barbados to Rio de Janeiro.
If you are interested in seeing any of these interesting speakers, contact The Cruise Web today for details about the sailings these speakers will appear on.