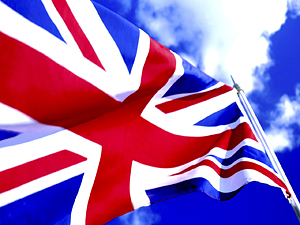 As the Olympics press on, we felt it appropriate to discuss another London tradition of success: the Cunard Line.  Cunard has been connected with Great Britain since its inception in 1840, when it was named the British & North American Royal Mail Steam-Packet Company, which is a bit verbose and may explain the name change.  It is now British-American owned, and operated by Carnival UK.
Historically, Cunard has been a very important part of England’s heritage.  The first steamship venture that Samuel Cunard was a part of was named the Royal William, which may explain the company’s vessel-naming tradition.  His passenger service from Liverpool to Halifax (with an extension to Boston, and supplementary service to Montreal) was a smash hit in England, and the company ended up wanting to create three more ships.  One of the earliest vessels actually happened to be named The Olympic and ran for over 25 years until 1937.  In 1934, Queen Mary (the wife of King George V) launched the Queen Mary, and became the first monarch to ever launch a merchant ship.
Cunard had a reputation for safety, and received the Blue Riband award for fastest Atlantic voyage.  These two factors helped win them a truly regal opportunity, a job transporting troops for the army during WWII, as well as the favor of Winston Churchill.  The Cunard Line performed more than admirably it seems, as Winston Churchill made it known that he believed Cunard responsible for “shortening the Second World War by at least a year” due to the immense troop-carrying capacity of the ships.
After the war, Cunard built two new vessels beaming with British pride:  the Queen Mary and the Queen Elizabeth.  Their majesties reigned for a short while before being replaced by Cunard’s flagship vessel, the well-known and respected Queen Elizabeth 2.  The Queen Elizabeth 2 was Cunard’s first liner made for the purpose of vacation cruising, and included some features fit for royalty, like the Yacht Club (an onboard hobnobbing bar for mid-day festivities).  The new ‘Queen’ was equipped for cruising and summer transatlantic voyages for vacationers, and was named by Her Majesty Queen Elizabeth II, in 1967.  The Queen Elizabeth 2 ran for many royalty filled years before being replaced by the Queen Mary 2 (also christened by Her Majesty) in 2004. In October 2010, the Queen Elizabeth was named by Her Majesty in an inaugural celebration which included the Queen pressing a button to release a bottle of wine against the bow. 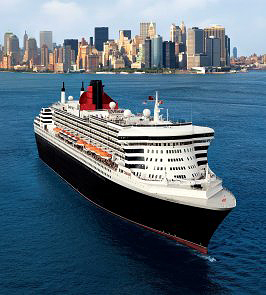 Looking to future Cunard Line vessels, and their tradition of royal names, many Cunard bloggers and interested consumers have voiced that they would like to see the next cruise line have a name not used before, Camilla.  They claim that Princess Camilla would be the perfect name for the next Cunard ship, as she will one day be the Queen herself.  Although some would like to see a new name for the next ship, others claim that the tradition should be upheld.  Still others demand a return to the oldest vessel names, like the Mauretania or the Aquitania.  One thing is for sure:  Cunard’s tradition of royalty and success will continue for many years.
You may have missed out on the London Olympics, but you can still have a truly British experience onboard  a Cunard cruise. Give us a call and one of our cruise consultants will be sure to assist you in planning a truly British cruise experience.