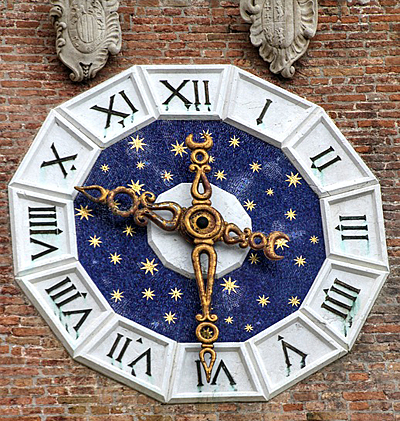 As the days go by and weeks turn into months and years pass, what stick in our minds are memories of events in our lives. These can be birthday celebrations, weddings, the birth of children, graduations and vacations. It’s rare that we remember the typical Tuesday where you went to work and then came home, made dinner and watched TV.
So let’s make 2014 memorable by celebrating with the world. There are lots  of things to celebrate and commemorate  in 2014, from the yearly events like Mardi Gras and Oktoberfest to those major milestones like the 200th anniversary of the writing of the Star Spangled Banner or the 25th anniversary of the fall of the Berlin Wall.
What’s great is that many major events this year are accessible via cruise ship. From the Olympics in Sochi, Russia to the 100th anniversary of the Panama Canal, you can get there by ship! So let’s uncover the 13 best events to partake in and how you can cruise to or from them. 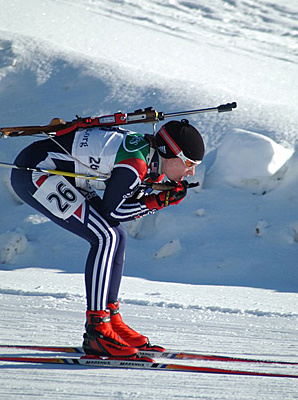 1.  Winter Olympics
First up in February are the 22nd Winter Olympics held in Sochi, Russia. The Olympics celebrate not only sports, but the idea of countries coming together in a spirit of solidarity and celebration. This is the first time that Russia is hosting the Winter Olympics and they are planning a grand spectacle that will showcase the history and diverse landscape of their vast nation. Sochi is on the Black Sea Coast and is considered a very popular resort town.
While there are no sailings left for the Olympics, you can experience the beauty of Sochi later this year on a 12-night Black Sea Voyage on the Azamara Quest.
2. Carnival
Later in February, take in the annual explosion of feathers, sequins and floats that is Carnival. Celebrations begin Feb. 28 when the whole of Brazil takes off to celebrate the last few days before the start of Lent. Carnival in Rio is known the world over as a giant party with parades with samba dancers and latin rhythms. It’s an indescribable party.
While it may be too late to cruise to Brazil for this year’s Carnival, try this amazing 26-day Holland America  itinerary that starts smack dab in the middle of Carnival in Rio de Janeiro for 2015 and then goes on to explore the Amazon.
3. Mardi Gras
The companion to Carnival in Rio is the legendary Mardi Gras celebration in New Orleans. Known for its raucous party goers who clamor, flash and scream for beads, the entire city turns into a mad house. There are also amazing costumed balls and even artistic and family-friendly events outside of Bourbon Street in the French Quarter.
This year you could take a roundtrip cruise to Cozumel leaving on the Carnival Elation from New Orleans on Feb. 27 and get back just in time for the main Fat Tuesday celebration on March 4. 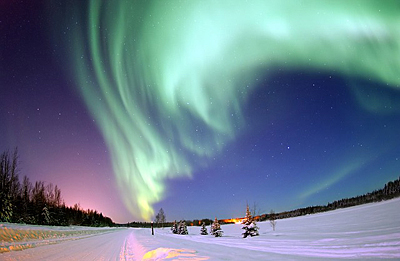 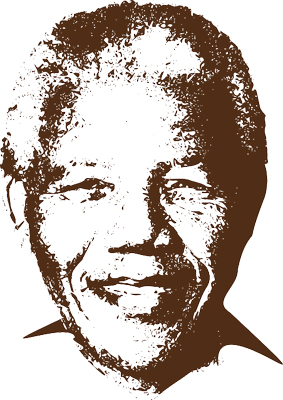 5. Freedom Day
The end of 2013 was marked by the passing of Nelson Mandela, but in 2014 it’s time to celebrate this great man’s life. April 27 marks the 20th anniversary of Mandela being elected president of South Africa, and in South Africa it is known as Freedom Day. Mandela is widely credited with getting rid of the racial segregationist system of apartheid and ushering in an era of peace and democracy.
Celebrate Freedom Day in South Africa and then board the MSC Opera on April 28th for a cruise up the Western coast of Africa and Europe.
6. Grand Prix
Since 1929, glamorous people have come out to see the daring Formula One race known as the Grand Prix in Monaco, the tiny, yet extremely wealthy principality located along the Mediterranean. This event is great fun to watch because these fancy cars zip through the city in a daring course at high speeds.
Take your seat in the grandstand this year with a cruise on the Crystal Serenity that brings you to Monaco on the day of the race and lets you stay the night to celebrate with the masses. The cruise is 12-nights from Venice to Barcelona. 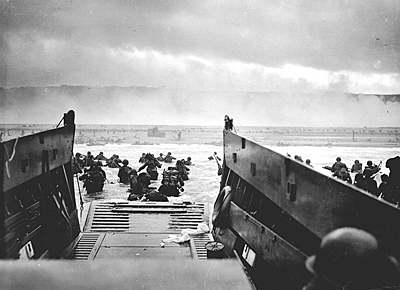 7. 70th Anniversary of D-Day
June 6, 2014 marks the 70th anniversary of what many believe to be one of the most courageous battles ever fought. The amphibious landing of Allied troops on the beaches of Normandy signaled the beginning of the end of WWII. This summer in Normandy there will be lots of events, from film screenings to art exhibits, along with visiting dignitaries paying their respects to those who fought for freedom.
You can experience the heartfelt commemoration with a visit to the beaches of Normandy on a Paris & Normandy cruise with Uniworld. There are sailings throughout the summer where you’ll have time to explore the beaches, grave sites and a museum dedicated to that fateful day.
8. The World Cup
No matter if you call it futbol, football or soccer, the World Cup is one of the most important sporting events in the world. Like the Olympics, this sporting event happens only once every four years and attracts teams and fans from all over the world. This year the World Cup is being held all over Brazil in cities like Rio de Janeiro, Sao Paulo and Fortaleza starting on June 12 and ending on July 13.
If you head to the World Cup, take MSC’s 19-night cruise that embarks from Rio de Janeiro on July 14.  Perfect timing, right? You’ll travel from Rio through the Caribbean to Miami – a great way to unwind after an exciting tournament. 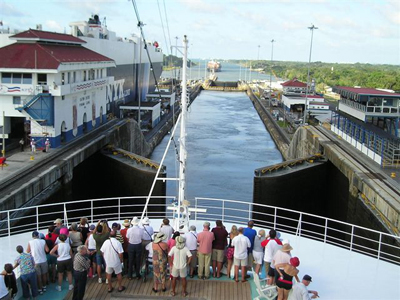 9. 100th Anniversary of the Panama Canal
Think back to when you were born. Seems so far away right? If you can remember the lack of technology, imagine what life must have been like 100 years ago in 1914. With that in mind, think about the fact that this year marks the 100th anniversary of the completion of the Panama Canal, a major engineering feat that connected the Atlantic and Pacific Oceans. This is also the year that Panama opens their anticipated Biomuseo, a museum dedicated to the biodiversity of Panama. This colorful museum was designed by Frank Gehry, the architect behind The Guggenheim in Bilbao and the Walt Disney Concert Hall in Los Angeles.
If you don’t know about the Panama Canal, it’s about time to experience this amazing historic passageway for yourself as Holland America has a plethora of sailings through the canal this year.
10. La Tomatina
If you are a clean freak, La Tomatina might not be your idea of fun, but for the rest of us this yearly celebration is an opportunity to get messy, wild and have an incredible time. Since the 1950s, Buñol,Spain, a town close to the Mediterranean, holds this annual tomato throwing festival. For one hour on Aug. 27 the town streets are packed with revelers hurling tomatoes at each other. Goggles and gloves are highly recommended.
Get your tomato on with a cruise around the Mediterranean that begins and ends in Valencia. This itinerary embarks on Aug. 28 so you can rejuvenate after a crazy day of tomato hurling. 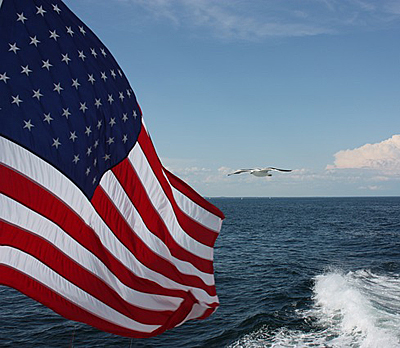 11. 200th Anniversary of the Star Spangled Banner
You’d be surprised at how much of the Star Spangled Banner you can recite. Our national anthem is sung at every sports game and has been ingrained in our idea of what America is, so why not celebrate the song’s 200th birthday in its birthplace Baltimore, MD. From Sept. 6th – 16th you can explore Fort McHenry, tour some tall ships and learn more about the War of 1812 during what’s being deemed the “Star Spangled Celebration.”
You can cruise to or from Baltimore nearly all year. During September you have the options of sailings that visit the Bahamas, those that visit Bermuda and those that head north to New England and Canada. So, c’mon on down to Bawlmer Hon!
12. Oktoberfest
Oktoberfest is considered the ultimate celebration for beer lovers. This 16-day festival which is actually mostly held in September dates back to 1810. Typically more than 7 million gallons of beer are consumed and visitors enjoy carnival rides and games along with Bavarian culture. The only beers served at the festival are brewed in Munich and have to be at least 6 percent alcohol by volume.
Enjoy a pint or two when you visit Oktoberfest on this 8-day Viking Cruise along the Danube. These cruises are nearly all sold out, so if you want to experience Oktoberfest, book now! 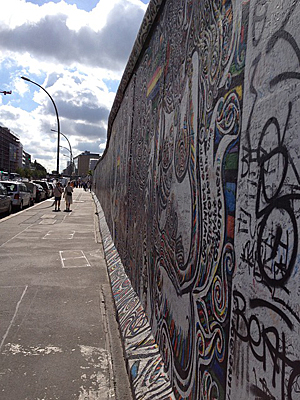 13. 25th Anniversary of the Fall of the Berlin Wall
In November, the world will mark the 25th anniversary of the day the Berlin Wall came down in 1989. This symbol of oppression has become synonymous with post-war Europe where many citizens were oppressed under the rule of harsh governments. When the wall came down in 1989 the world celebrated and the people of Germany were again unified. This Fall the city will have special exhibits and events to commemorate this event.
This fall, spend some time in Germany seeing some of the interesting graffiti and touring one of the wall’s watch towers on a 12-day Baltic cruise from London to Copenhagen aboard the Oceania Nautica.
There you have it, a year’s worth of major events to celebrate via cruise. Which one has been on your bucket list for years? What events would you like to see added to our list?