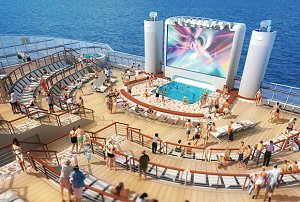 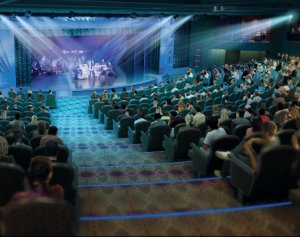 Howl at the Moon and Nickelodeon at Sea. In keeping with its focus on exceptional entertainment, it is only fitting that an entertainer – particularly one as celebrated as Reba McEntire – christens the ship.
“I met Reba and her family on Norwegian Gem and saw how much they were enjoying the freedom and flexibility that Freestyle Cruising offers. Later, I discovered that they are frequent customers on our ships which is why I believe that Reba is the perfect choice to christen our largest and most innovative ship, Norwegian Epic,” said Kevin Sheehan, chief executive officer of Norwegian Cruise Line. “We are more than thrilled that such a celebrated performer as Reba, who also has experienced our product firsthand, will serve as Norwegian Epic‘s Godmother.” 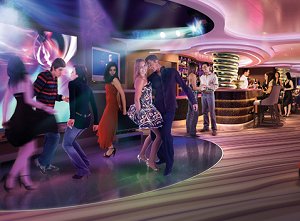 “I am truly honored that Norwegian Cruise Line asked me to christen Norwegian Epic, a ship that is so focused on entertainment,” said Reba McEntire. “As a fan of Norwegian and Freestyle Cruising, this is a very special honor; I’m so excited to serve as Norwegian Epic‘s godmother.”
In addition, Ms. McEntire’s career has included hosting her own talk show; turns on Broadway, movies and television; authoring books; and creating lines of clothing, footwear, home products and luggage. Considered one of the most successful female recording artists in history across all genres of music, Reba has seen every studio album since 1984’s, My Kind of Country, certified GOLD or higher, with 13 of her last studio albums all achieving Platinum + status.

Inaugural festivities for Norwegian Epic will take place in New York at 2:00 p.m. ET on July 2. In addition, Norwegian Epic will serve as the host venue for the 34th Annual Macy’s 4th of July Fireworks event taking place on Sunday, July 4, 2010. The event includes a national, one-hour, live entertainment broadcast on NBC-TV beginning at 9 p.m. ET and takes place on board Norwegian Epic where invited guests will have a front row view of the fireworks display.