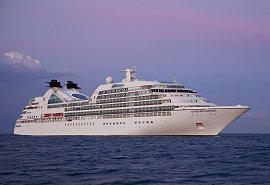 Seabourn Quest will be the third iteration of the sleek and widely admired design that first appeared on Seabourn Odyssey in June 2009. Indeed, Odyssey has been hailed as a “game-changer for the luxury segment.” The second sister ship, Seabourn Sojourn, will debut next June in Greenwich, England, and is already selling strongly for its maiden year. Together, the three new vessels represent a capacity increase of over 200 percent for the line in a three-year period – underlining the company’s confidence in a burgeoning demand for top-shelf cruising options in the leisure travel market. At 32,000 GRT and carrying just 450 guests each, the three new Seabourn yachts are the smallest cruising vessels being built by any major cruise company, in keeping with the line’s strategy of offering travelers highly personalized service in a relaxed, sociable and luxurious atmosphere.

“The selection of the name Seabourn Quest completes the triad of names we chose for these three new vessels,” noted Pamela C. Conover, Seabourn’s President and CEO. “Taken together, we believe that Odyssey, Sojourn, and Quest represent the passion for adventure and discovery that spurs our guests’ desire to travel in Seabourn style.” 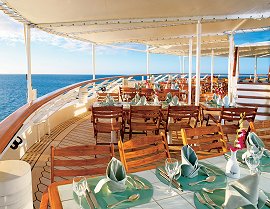 Last September, the cruise line launched a contest inviting people to guess the name they will give to the newest addition to its fleet, with a complimentary cruise for two aboard the vessel as the prize. The contest drew more than 2,100 email responses by the time it closed on December 31, some offering as many as a hundred different possibilities.
The contest winner is Kevin Staub of Newtown, PA, who submitted “Quest” along with 15 other suggestions on October 12. Staub wasn’t alone in admiring the name, and so his name was drawn at random from a pool of 120 contestants who submitted correct guesses. Staub and his guest will enjoy a complimentary seven-day cruise on Quest during the vessel’s maiden year of operation.
The three new Seabourn yachts join another trio of small, 208-guest ultra-luxury vessels already in the fleet: Seabourn Pride, Spirit and Legend. All offer Seabourn’s award-winning combination of all-suite accommodations, personalized service, superb cuisine and exceptional itineraries in the world’s most desirable destinations. Innovative onboard features on the new yachts include a 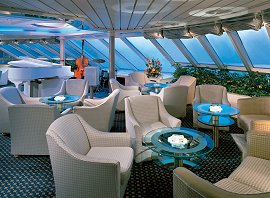 delightfully unorthodox gathering spot called Seabourn Square, which replaces the traditional reception lobby with a comfortable, relaxed, club-like room that combines a library, internet café and a discreet guest services center with a social lounge and konditerei-style coffee bar. The 11,400 square-foot, indoor/outdoor spa facility is the largest on any luxury vessel, even those that carry more than twice as many guests. Four dining venues, six bars and lounges and a wide range of open decks and terraces provide venues to suit every mood, from sociable to secluded.
With its expanded fleet, The Yachts of Seabourn is able to offer travelers an array of new itineraries throughout the year, including year-round sailings in Asia aboard Seabourn Pride, exploring Vietnam, Thailand, China, Korea and Japan. For a limited time, many of these voyages are being offered with free round-trip business class airfare 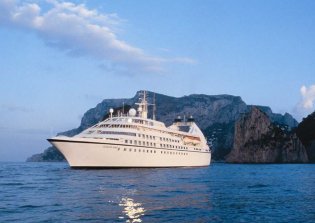 included in the fares. The new vessels will continue to offer popular itineraries such as Europe, the Mediterranean and the Americas, and will also add annual World Cruises to the line’s offerings.