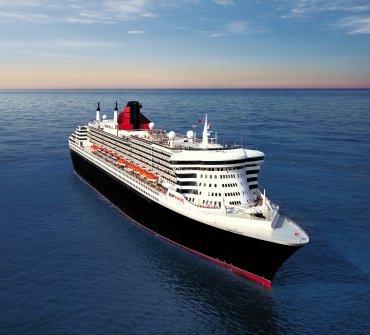 In keeping with its longstanding tradition of offering guests award-winning enrichment programmes, Cunard Line announces the Special Relationship speaker series. Guests sailing on select 2010 Queen Mary 2 Transatlantic Crossings will have the unique opportunity to attend lectures by ambassadors, statesmen, politicians, journalists, academics and broadcasters with a shared interest between the United States and United Kingdom, an association first referenced as a “special relationship” by Winston Churchill in 1946. The programme was developed in direct response to guests noting their interest in hearing about politics and contemporary issues while onboard.
“When Cunard began its Transatlantic liner service 170 years ago, it began a tradition of bridging the United Kingdom and the United States. With this programme, we will bring to life and e

xplore the historical connection between these two countries with our guests, who have expressed great interest in the subject,” said Peter Shanks, president of Cunard Line. “Additionally, the Special Relationship series further underscores Cunard’s commitment to bringing its guests not only legendary voyages aboard the most famous ocean liners in the world, but also engaging and intellectual pursuits during their journey.”
Joining the 15 April Crossing will be Iwan Morgan, professor of U.S. Studies and head of U.S. Programmes at the Institute for the Study of the Americas at the University of London. The political scientist also has been published widely in various fields of modern U.S. political history and economy. His latest book, The Age of Deficits Presidents and Unbalanced Budgets from Jimmy Carter to George W. Bush, was published at the end of 2009.
Kenneth T. Walsh, chief White House correspondent for U.S. News & World Report, is scheduled to sail on the 1 June Transatlantic Crossing. He has covered the residencies of Ronald Reagan, George H.W. Bush, Bill Clinton, George W. Bush, and, currently, Barack Obama. Walsh is the author of four books focused on presidential topics and has won the two most prestigious awards for White House coverage – the Aldo Beckman Award in 1991 and the Gerald R. Ford Prize for Distinguished Reporting on the Presidency in 1992 and 1998. 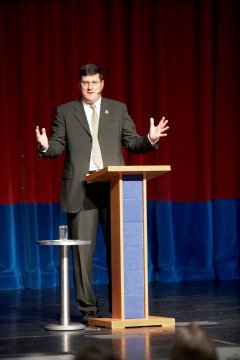 Sailing aboard the 22 April and 25 June Crossings is Jeffrey Weinberg, who has served each of the last seven U.S. presidents as a legislative attorney at the Office of Management and Budget (OMB), Executive Office of the President. While onboard, Weinberg will be leading discussions on the following topics: insights into the Obama administration, strengths and weaknesses of the governments of the U.S. and the U.K., and “tools” that are available to the President to enhance his effectiveness.
Additional programme participants will be announced in the coming months. Other scheduled voyages featuring Special Relationship speakers include:
• September 12 – Eastbound Transatlantic to New York
• October 1 – Westbound Transatlantic to Southampton
• November 10 – Westbound Transatlantic to Southampton
The Special Relationship series is part of Cunard Insights, the enrichment programme that introduces guests to stimulating experts and accomplished visionaries who reflect the Line’s heritage of adventure and prestige. Through a series of lec